Do you keep a sketchbook? I am addicted to the thin, softcover ones from Moleskine. They come in packs of two and are perfect for keeping in my purse. I like that they have fewer pages than the other sketchbooks because it is so satisfying to finish one up and then start on the next one! I haven't decided what my favorite pens are. I tend to use whatever is available!
Posted by jane maday at 3:51 PM 2 comments: 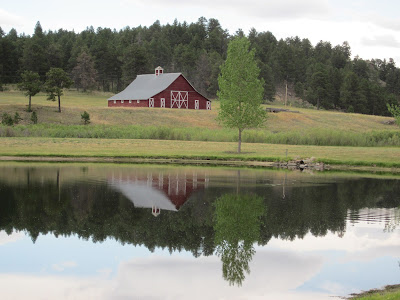 Where do the days go? I can't believe it has been so long since I have updated my blog. Life has been busy, but now we are getting in to the swing of summer. For Father's Day we took our special fella to do what he loves best: go to the mountains! We have a friend who owns a 70,000 acre ranch in the mountains. We started by fishing for trout in the pond by the barn. 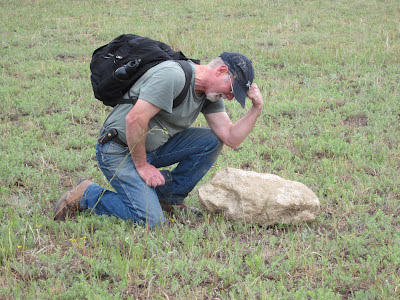 Then we thought we would go to a different portion of the ranch where we could do some nice hiking. But when we went to move the car, it was sunk in deep sand with a rock stuck underneath! We were completely bogged down and afraid that the rock would rip out the bottom of the chassis. So John and the ranch manager had to dig the rock out from under the car, then everyone had to push with all their might to get us free. John is showing his dominance over the rock by Tebowing next to it. 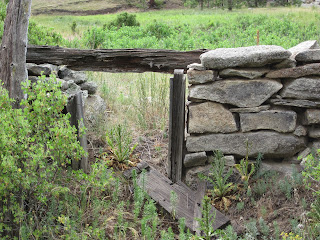 Once we finally hit the trail, we hiked back to where there were the remains of some old cabins. I wonder what they looked like while they were still intact. It was fun to explore. 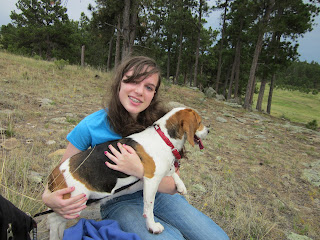 We took our new dog Mollie with us. Even though she is 7 years old, I don't think her previous owner had ever taken her out into nature before. She was excited, but a little afraid of some of the new sights and smells. She was certainly a tired pup by the end of the day! 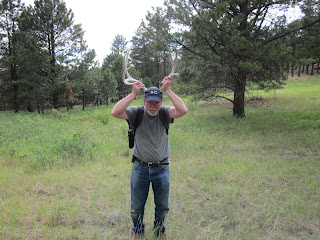 There is lots of wildlife out there and we found some deer antlers, which is always fun. John is modeling them. Finally we walked along the top of a ridge, from whence we could see Pikes Peak and a view for miles.We love living in Colorado!

jane maday
This is my new blog all about my adventures and pitfalls in the world of art licensing, and also painting, kids, and life in general! I love painting, birdwatching, and being a mom to my wonderful kids and a wife to my wonderful hubby (AKA Mr Right). Just a reminder, all the art I publish on this site is under copyright, so please do not copy it without permission. Thanks!

I have been licensing my art onto products for about 10 years now. I have a great group of about 50 clients that I work with, and I appreciate each and every one!